The time has come to see who will be crowned this year’s Fortescue Premier Grade champions, with seven Western Force players in action at Hartfield Reserve.

In the Premiership Grand Final between the competition’s two top sides, Cottesloe and Palmyra go head-to-head after enthralling semi-final wins. Andrew Ready of Cottesloe will be looking to land the club’s third consecutive title against Jack McGregor, Jackson Pugh, and Reece Anapu of Palmyra. With kick-off at 3:45pm also at Hartfield Reserve in Kalamunda, it’s set to be a blockbuster day of club rugby.

For those who can’t make it to the games, you can stream them from the RugbyWA YouTube channel here. 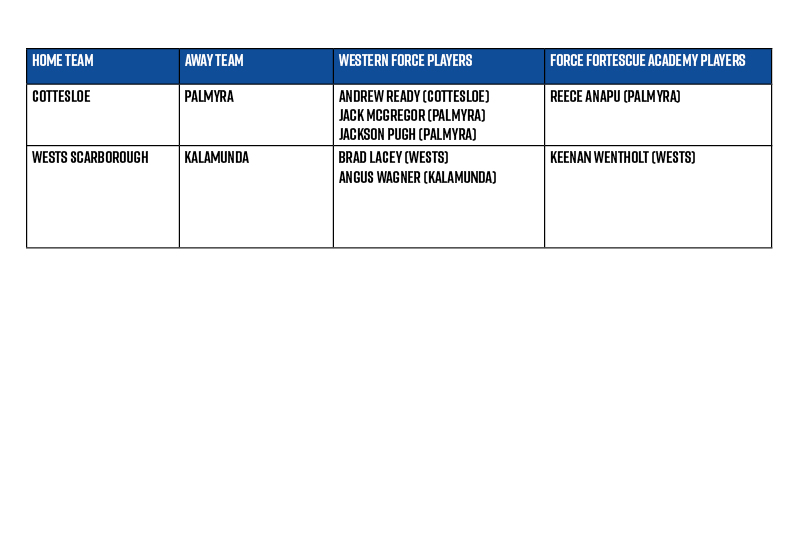