A total of 16 Western Force players will be in action this weekend for Round 18 of the Fortescue Premier Grade campaign.

It’s the final round of the regular season as the finals fixtures are set to take shape. With those qualifying for the finals series enjoying a week off next week with the Bledisloe Cup being played at Optus Stadium on Saturday, August 28.

There’s plenty at stake on Saturday and this is the perfect chance to catch your local side in action before finals kick off in September.

If you aren’t able to make it down to catch your local club in action on Saturday, be sure to watch the live stream of this week’s Match of the Round between UWA and Wests Scarborough at McGillivray on the RugbyWA YouTube channel HERE. 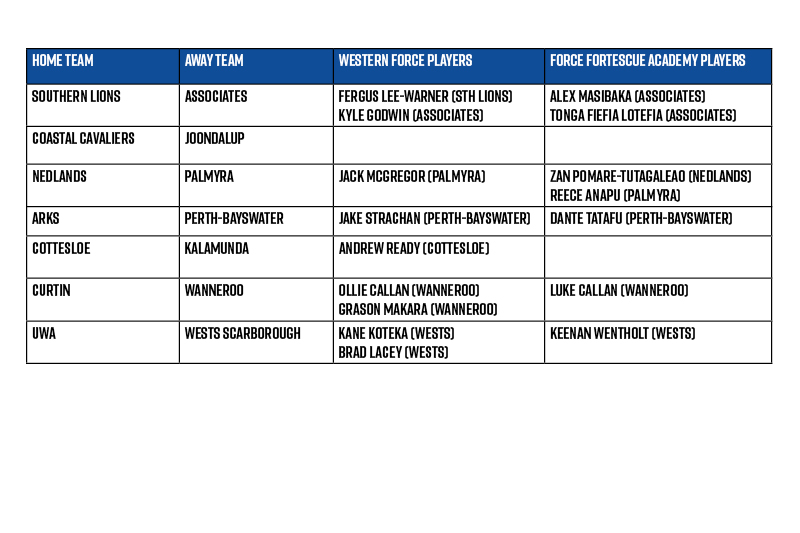