The Western Force squad has hit the ground running and refused to rest on their laurels following a historic Super Rugby campaign.

With three players part of the Wallabies squad here in Perth, the Force Fortescue Academy group joining the senior team in full-time training and a strong link cultivated with community club sides, it’s been a particularly productive period since the final game of the season at HBF Park against the Bay of Plenty.

Head Coach Tim Sampson has heaped praise on the players as they enter the final days of an intensive and rewarding eight-week training block.

“The squad has been fantastic. The attitude and application at the training track, as well as in the gym has been top-notch,” Sampson stated.

“It’s been an important block for us in terms of increasing the players speed and power. We finish up this week, with the players earning a well-earned rest, so we’ll be out supporting club rugby throughout the finals series.” 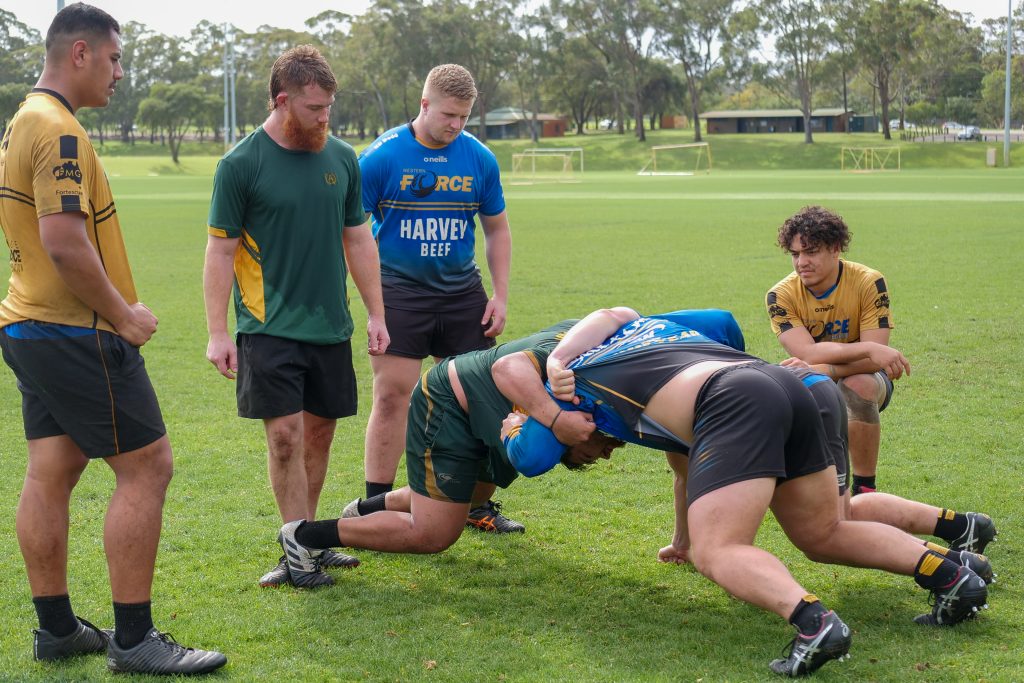 With the Wallabies third Bledisloe Cup test this Sunday at Optus Stadium, Sampson noted that Feleti Kaitu’u, Izack Rodda and Tom Robertson have all been savouring their time in the national team setup.

“It’s great to see Feleti back in there. He had a minor injury at the start of the Wallabies training camp, but he’s got through that with our physio team after undergoing two weeks of quarantine following his return from the east coast. Hopefully, he puts his best foot forward and earns his first cap because this is an opportunity he thoroughly deserves,” Sampson explained.

“They are all enjoying it. Dave Rennie and his coaching staff have been doing a great job. The lads have been saying it’s been a demanding but rewarding experience. I thought Tom (Robertson) was one of the best loosehead props in Super Rugby this year and it’s great to see Izack (Rodda) back in the green and gold.”

The next generation has been thriving as well, with the Fortescue Academy going from strength to strength in its inaugural year. The talented youngsters have been relishing the opportunity to train alongside the senior players.

“They’ve all trained really well. We’re extremely happy with the progress and growth we’ve seen in them, not only on the field, but also in meetings. They’ve visibly gained confidence from the experience,” Sampson said.

“It’s important because over the next 12 months they could be called upon to continue to train with us or potentially make their debut for the club during the Super Rugby season. Training alongside experienced players like Ian Prior, Richard Kahui and Kyle Godwin helps them understand what is required to perform at the top level, which is invaluable.”

With the players set to enjoy a short break before the next pre-season training block, they will be getting down to the grounds around Perth to support their aligned community clubs in the finals.

“The link between the Force and local rugby is hugely important to us. Our players love playing club rugby and they’ve certainly been letting their performances and positive results be heard on the training field after playing each other,” Sampson said.

“We’ve got some players from Fortescue Premier Grade training with us now, which is another great way to continue to maintain the positive connection between us.” 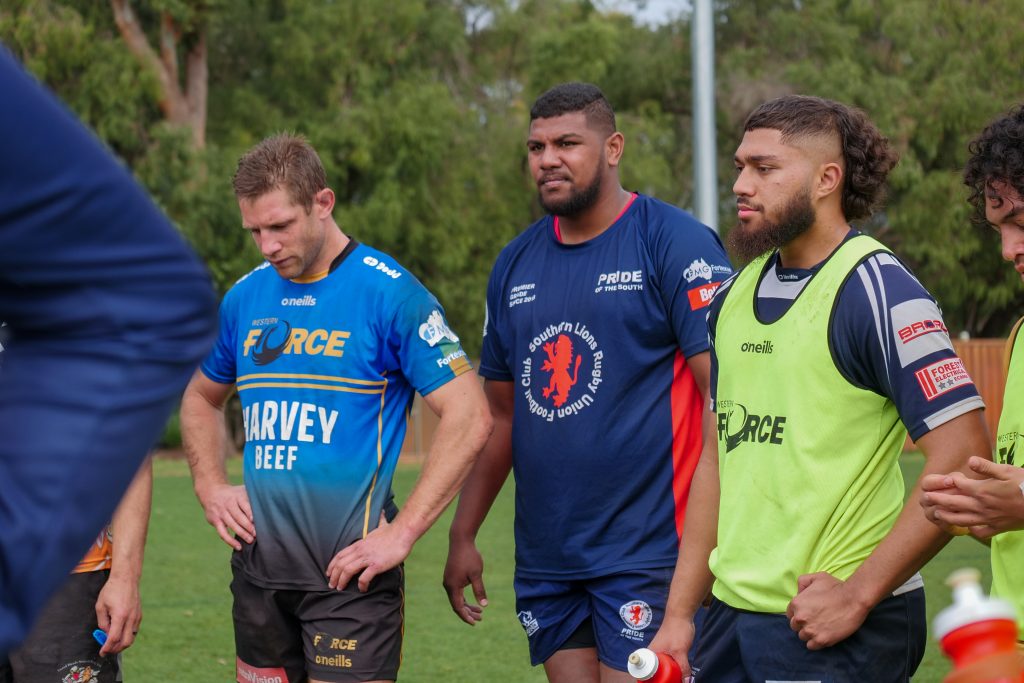 In light of this week’s Super Rugby Pacific announcement, Sampson is thrilled with the restructured competition format.

As the Force continues to prepare for the 2022 Super Rugby Pacific season, you can register your interest in becoming a Member here.

Memberships are set to go on sale on October 4th. Stay tuned for more information.